Clarice Lispector was a strong woman and a great writer.

She is a person who could be like Marlene Dietrich and wrote like Virginia Woolf. Clarice Lispector is for sure one of the most popular but least understood of Latin American writers and definitely loved in Brazil. Clarice became, virtually from adolescence, a person whose beauty, genius, and excentricity intrigued Brazil. 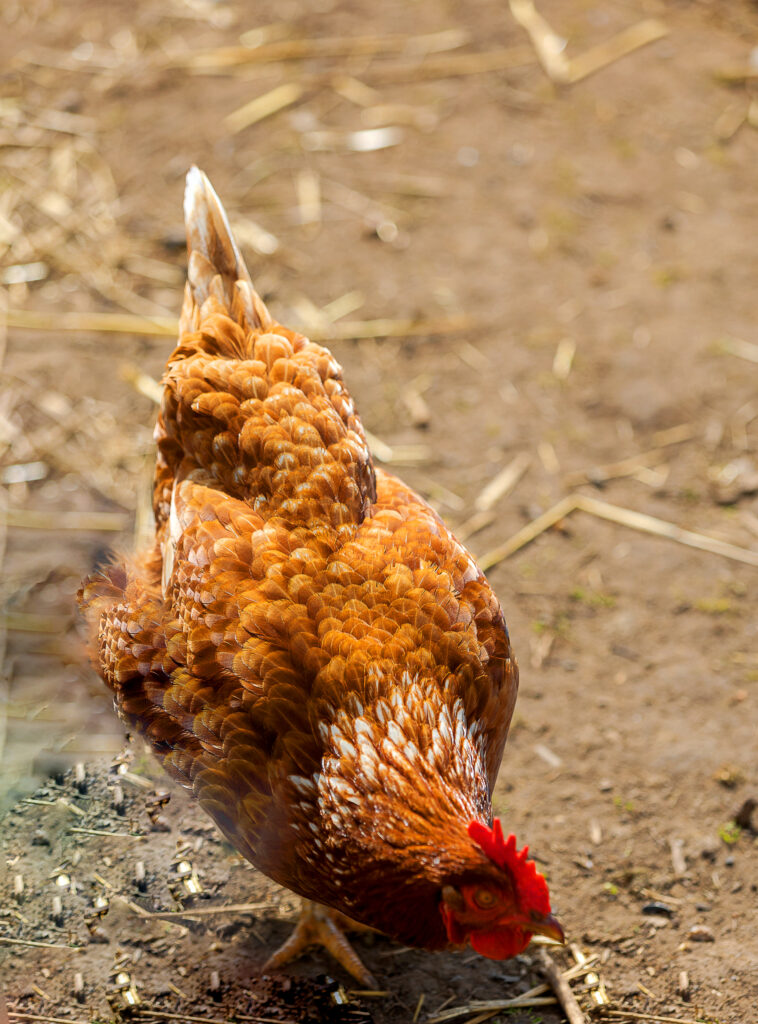 She was a Sunday hen.  She was still alive only because it was not yet 9:00 o’clock.

So it was a surprise when she opened her little wings, puffed out her breast, and, after two or three tries, reached the wall of the terrace.  For an instant she vacillated – long enough for the cook to scream – and then she was on the neighbor’s terrace, and from there, by means of another awkward flight, she reached a tile roof.  There she remained like a misplaced weather vane, hesitating, first on one foot, then on the other.  The family was urgently called and, in consternation, saw their lunch standing beside a chimney.  The father of the family, reminding himself of the double obligation of eating and of occasionally taking exercise, happily got into his bathing trunks and resolved to follow the itinerary of the hen.  By cautious jumps he reached the roof, and the hen, trembling and hesitating, quickly picked another direction.  The pursuit became more intense.  From roof to roof, more than a block of the street was traversed.  Unprepared for a more savage struggle for life, the hen had to decide for herself which routes to take, without any help from her race.  In the young man, however, the sleeping hunter woke up.  Lowly as was the prey, he gave a hunting cry.

Alone in the world, without father or mother, she ran, out of breath, concentrated, mute.  Sometimes in her flight she would stand at bay on the edge of a roof, gasping; while the young man leaped over others with difficulty, she had a moment in which to collect herself.  The she looked so free.

Stupid, timid, and free.  Not victorious, the way a rooster in flight would have looked.  What was there in her entrails that made a being of her?  The hen is a being.  It’s true, she couldn’t be counted on for anything.  She herself couldn’t count on herself – the way a rooster believes in his comb.  Her only advantage was that there are so many hens that if one died another would appear at the same moment, exactly like her, as if it were the same hen.

Finally, at one of the moments when she stopped to enjoy her escape, the young man caught her.  Amid feathers and cries, she was taken prisoner.  Then she was carried in triumph, by one wing, across the roofs and deposited on the kitchen floor with a certain violence.  Still dazed, she shook herself a little, cackling hoarsely and uncertainly. 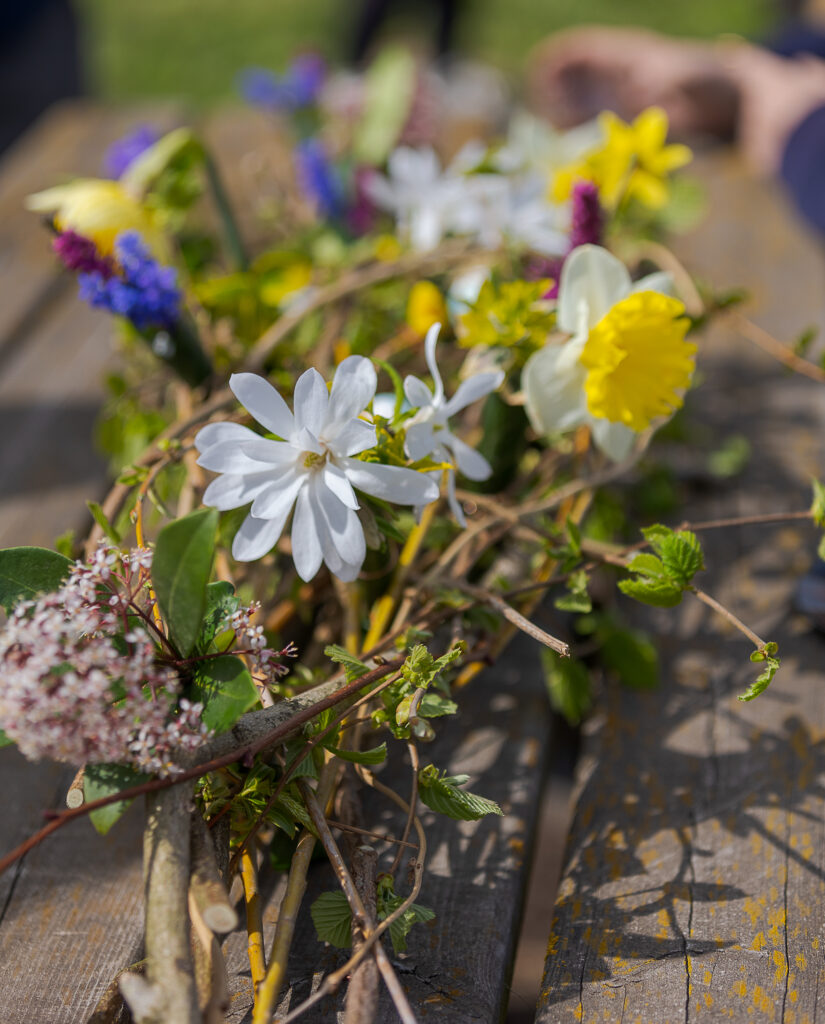 It was then that it happened.  Completely overwhelmed, the hen laid an egg.  Surprised, exhausted.  Perhaps it was premature.  But immediately afterward, as if she had been born for maternity, she looked like an old, habitual mother.  She sat down on the egg and remained that way, breathing, buttoning and unbuttoning her eyes.  Her heart, so small on a plate, made the feathers rise and fall, and filled that which would never be more than an egg with warmth.  Only the little girl was near-by and witnessed everything, terrified.  As soon as she could tear herself away, she got up off the floor and shrieked: “Mama!  Mama!  Don’t kill the hen any more!  She laid an egg!  She likes us!”

Everyone ran to the kitchen again and, silent, stood in a circle around the new mother.  Warming her child, she was neither gentle nor harsh, neither happy nor sad; she was nothing; she was a hen.  Which suggests no special sentiment.  The father, the mother, and the daughter looked at her for some time, without any thought whatever to speak of.  No one had ever patted the head of a hen.  Finally, with a certain brusqueness, the father decided: “If you have this hen killed, I’ll never eat chicken again in my life!”

“Me too!” the little girl vowed ardently.

Unconscious of the life that had been granted her, the hen began to live with the family.  The little girl, coming home from school, threw down her school-bag and ran to the kitchen without stopping.  Once in a while the father would still remember: “And to think I made her run in that state!”  The hen became the queen of the house.  Everyone knew it except the hen.  She lived between the kitchen and the kitchen terrace, making use of her two capacities: apathy and fear.

But when everyone in the house was quiet and seemed to have forgotten her, she plucked up a little of the courage left over from her great escape and perambulated the tile floor, her body moving behind her head, deliberate as in a field, while the little head betrayed her: moving, rapid and vibrant, with the ancient and by now mechanical terror of her species.

Occasionally, and always more rarely, the hen resembled the one that had once stood plain against the air on the edge of the roof, ready to make an announcement.  At such moments she filled her lungs with the impure air of the kitchen and, if females had been able to sing, she would not have sung, but she would have been much more contented.  Though not even at these moments did the expression of her empty head change.  In flight, at rest, giving birth, or pecking corn – it was the head of a hen, the same that was designed at the beginning of the centuries.

Until one day they killed her and ate her and the years went by. 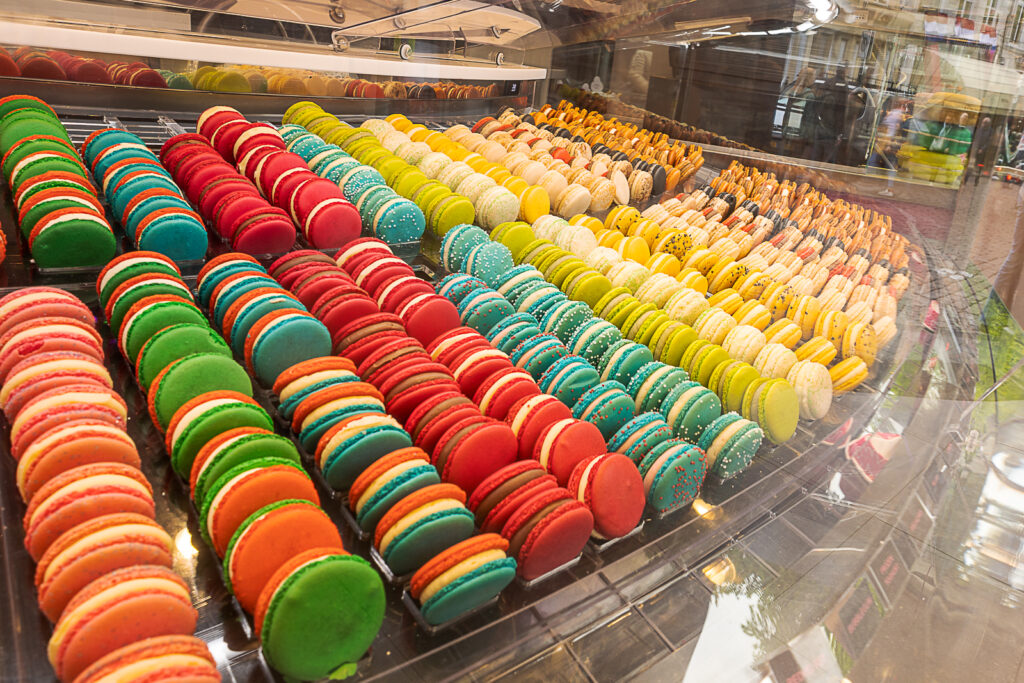 Get notified about new articles